After nearly 4 days in Rome, we had to say farewell to the eternal city as we made our way to Civitavecchia to board our cruise adventure around the Mediterranean Sea.

Our first train ride in Europe! This was a quick 30 minute ride from Termini Station (the main station in Rome) straight to Civitavecchia. If we had continued onward, we would have ended up in Milano (Milan).

30 minutes later, we arrived in a quaint little fishing village. No giant cruise ship in sight yet.

Took a short walk to our shuttle pick up destination as the port was quite a distance away.

It was a windy day to go out to sea.

Massive waves behind the palm trees. That was the water that await us.

I was nearly blown away as I took this photo.

Inside this fortress was our pick up area.

The line up to check-in.

The front end of our 3,000+ passengers cruise ship. We calculated - there is a spot for everyone on board on the little yellow life boats. No Titanic re-occurance on this trip.

Double checking that we are on the correct ship.

Check back on the next couple of posts to see the cruise activities and food that we indulged in.

For now, I take you to our first couple of stops along the Mediterranean Sea. Us goofing around with the leaning tower. It's the right thing to do!

It doesn't look as tilted on closer inspection.

Piazza del Duomo: Baptistery of Florence, Florence Cathedral in the back.

Piazza del Duomo: Giotto Tower and the Duomo in the back.

Piazza della Signoria, the centre of political life in Florence since the 14th century.

The Fountain of Neptune at Piazza della Signoria with the equestrian statue of Cosimo I to the left and the il Marzocco lion to the right.

The Galleria dell'Accademia that houses the original David was closed so we had to settle for second best at the entrance of Palazzo Vecchio "Old Palace" at Piazza della Signoria. The statue on the right is Hercules and Cacus.

Ponte Vecchio and the Arno River

Homes and gold shops along the Ponte Vecchio

Walking to the Ponte Vechhio

Gold shops on the Ponte Vechhio

Basilica of Santa Maria Novella
(sorry for the reflection, this was taken inside a car)

That's all for Tuscany.
Next Stops: The Italian Riviera - Genoa, Santa Margherita Ligure and Portfino. 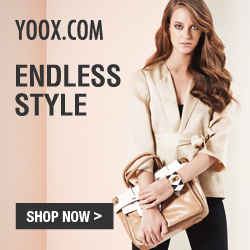